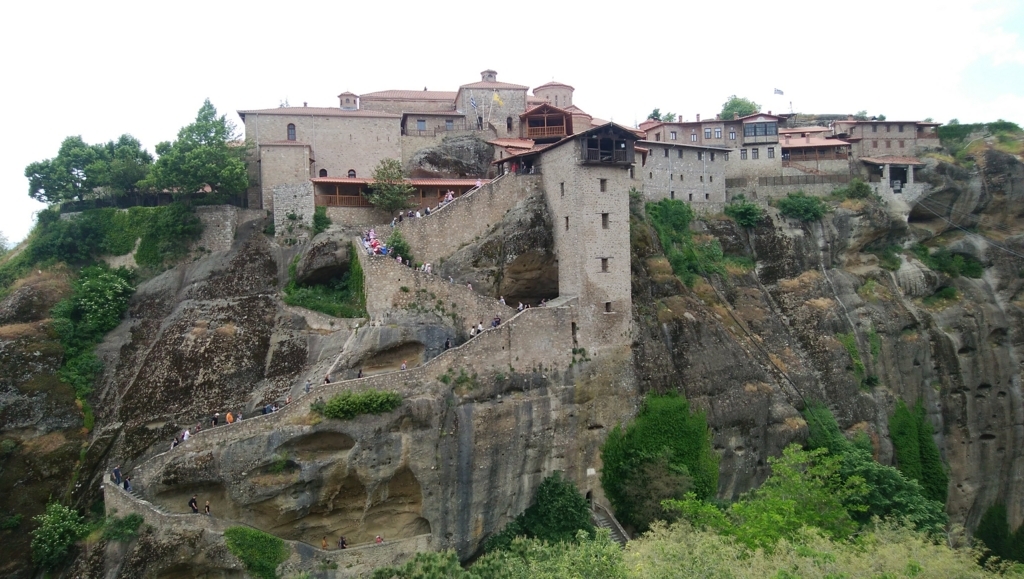 Meteora is located near the town of Kalampaka and consists of rock pinnacles topped with 24 monasteries in total.

And 6 of monasteries are open to public, we visited three monasteries this time, Great Meteoron, Holy Trinity (Agia Triada) and St. Stephen. 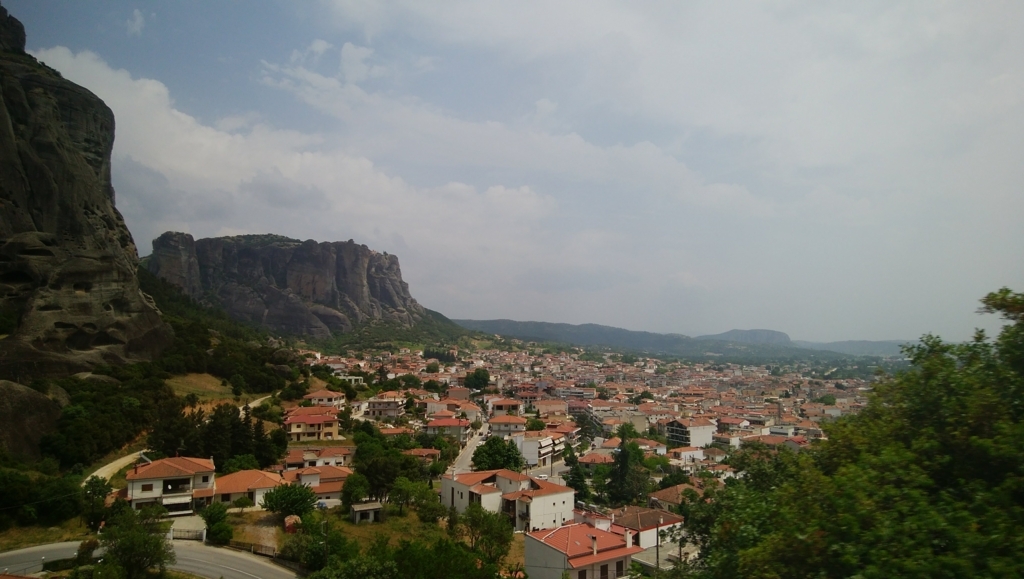 At that time, accessible way was with sole aid of rope and ladder. 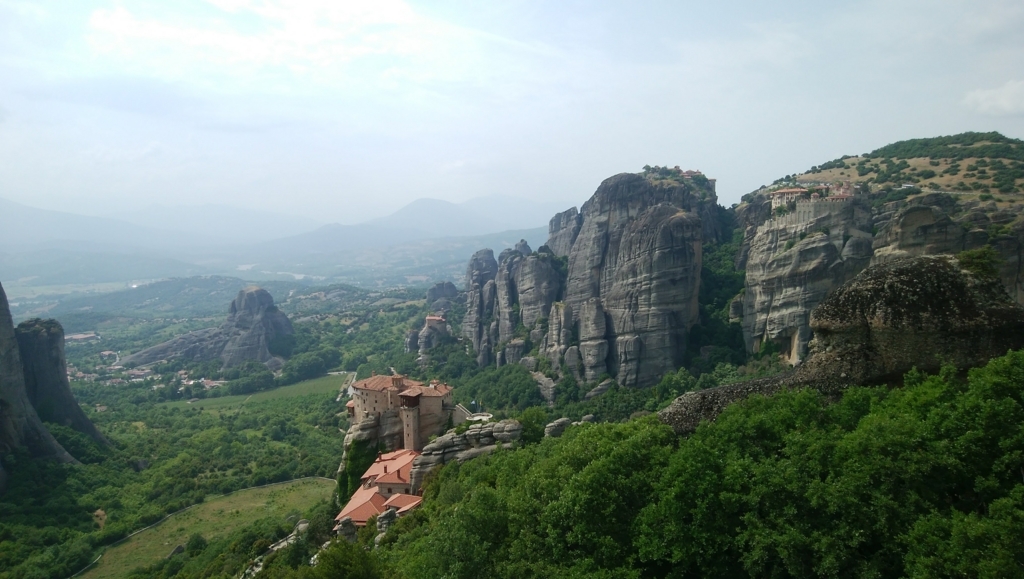 Hermits' drive of faith guiding them towards the unbeatable monasteries with highest architectural and artistic value.

Then Meteora natural rocks became a shelter of human civilization.

(Access) From Athens visitor can take either a train or a bus to Meteora. The trains leave from Larissa station in Athens, while the buses leave from Terminal B, at Liossion Street.

Both transportation takes about 4.5 to 5 hours one way.