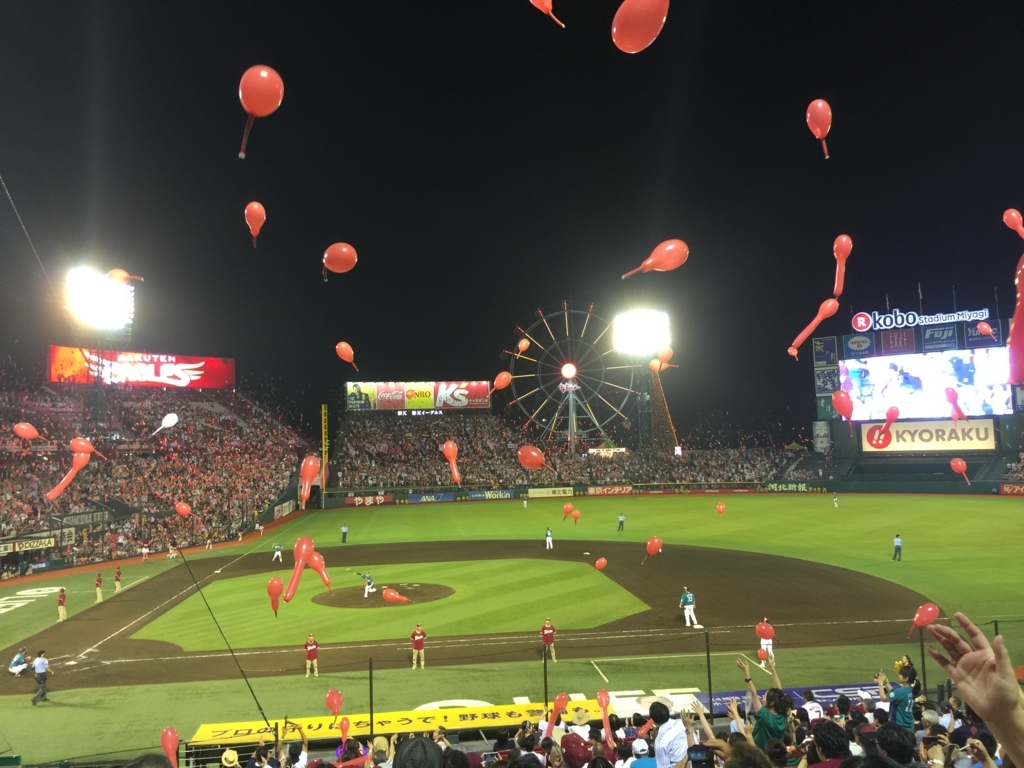 Rakuten Seimei Park Miyagi is a stadium in Sendai, primarily used for baseball.

Although It opened in 1950, to modernize the facility for baseabll team, the Golden Eagles, seating quantity was reduced from 28,600 to 20,000 and wider space seat was introduced.

Also, an artificial surface was introduced in 2005 replacing the grass outfield. 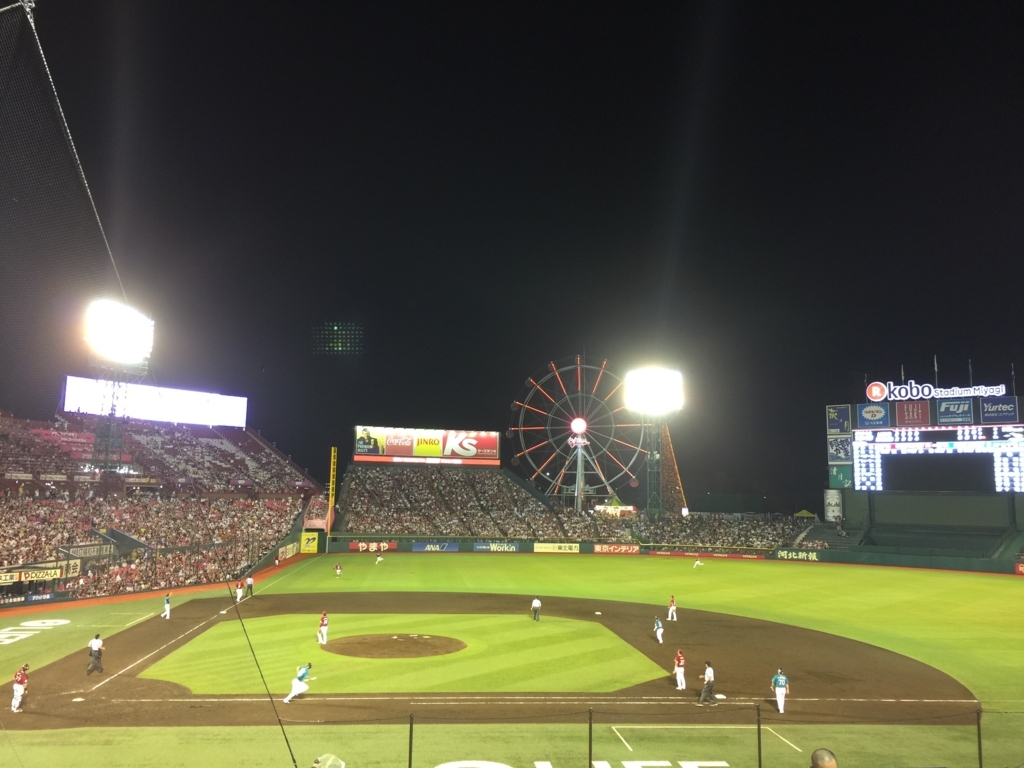 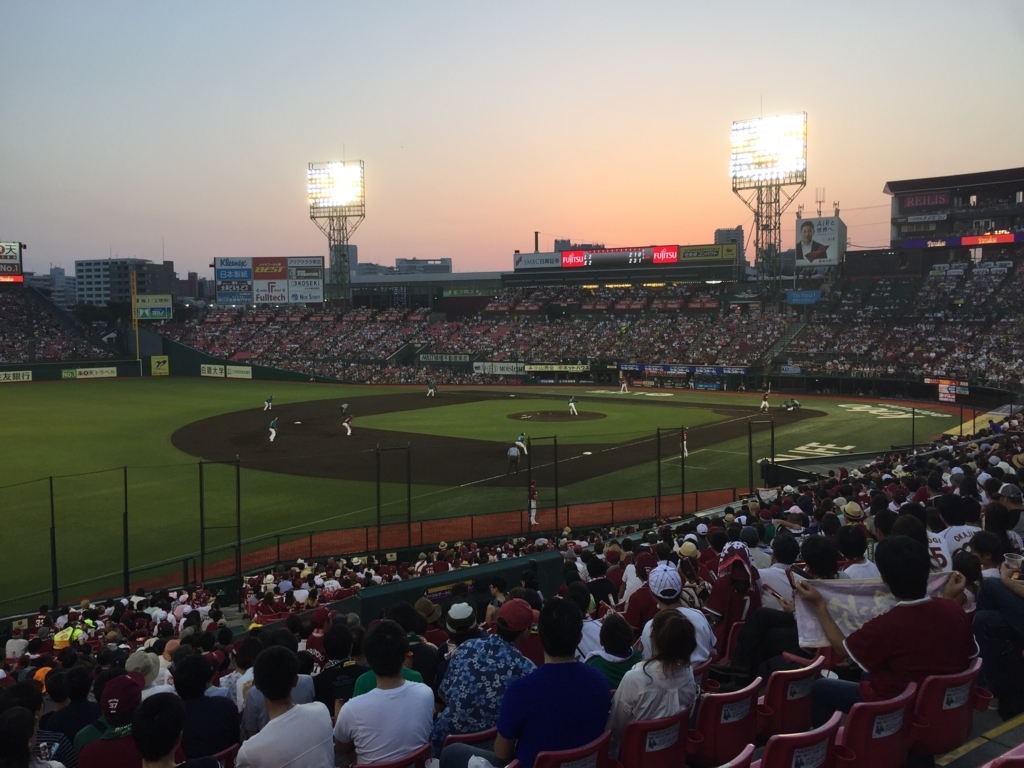 Tohoku Rakuten Golden Eagles, a baseball team based in Sendai is home stadium of Rakuten Seimei Park Miyagi. The team was formed in 2005 and owned by the Internet shopping company Rakuten. 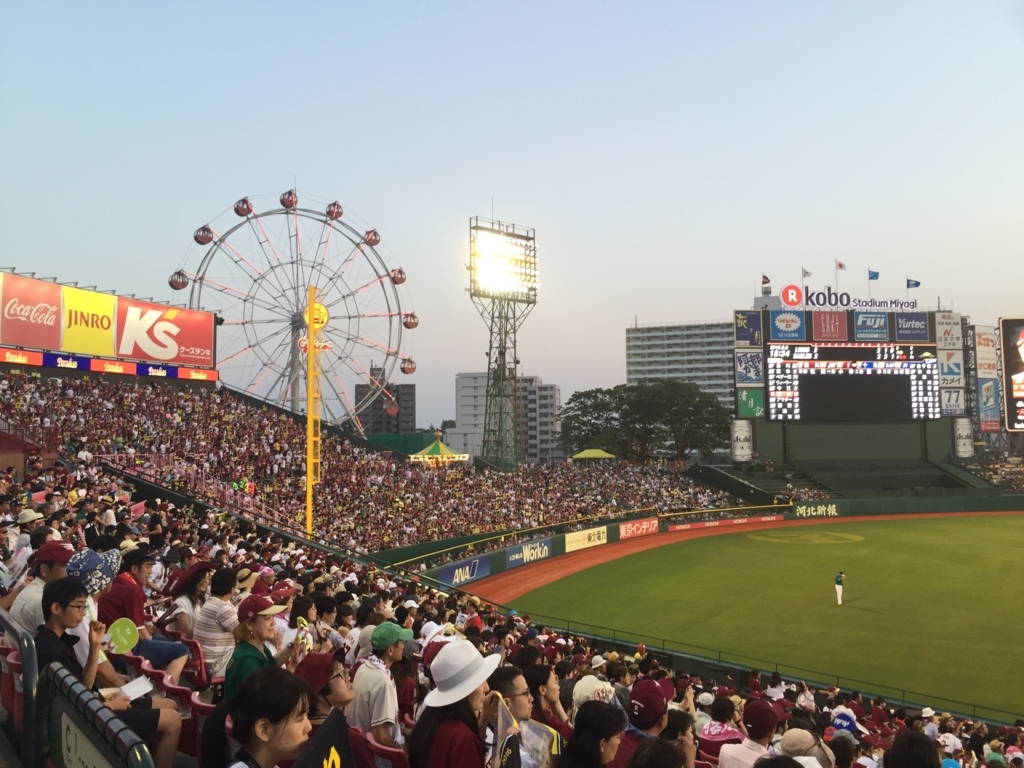 <first ever Ferris-Wheel at ballpark> 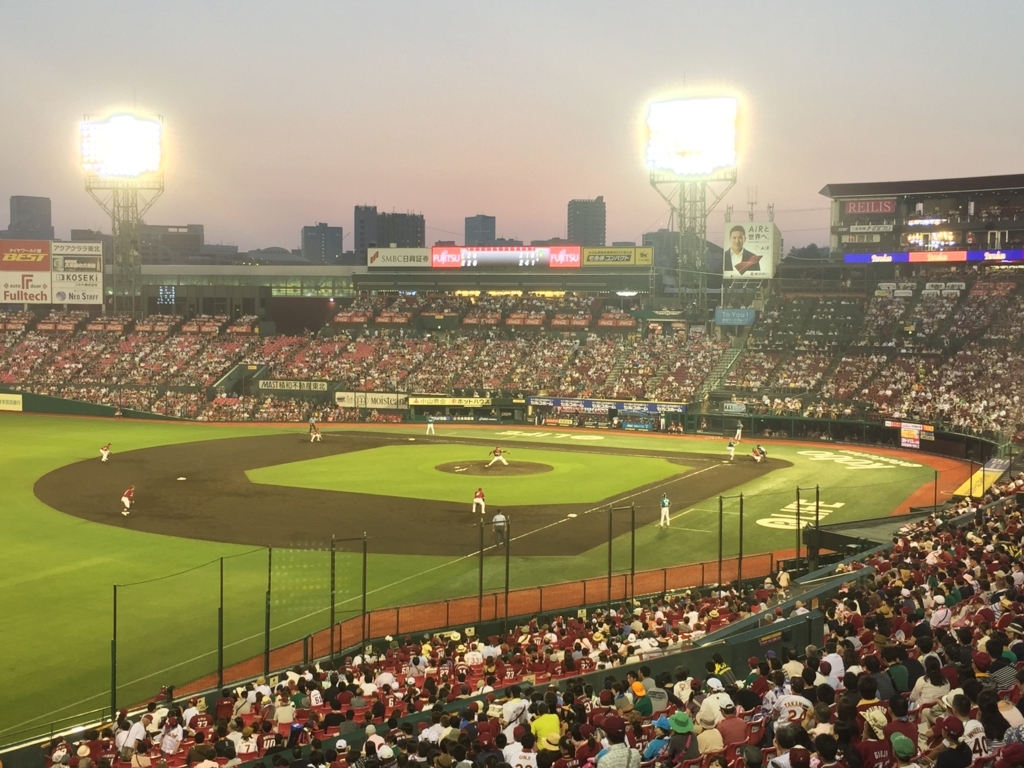 Please check out the baseball game schedule on their website.